In general, CSIR will release the admit card around 15 days before the date of the examination. So, candidates can check the official website for the availability of e-admit card on the 1st week of December 2018. Candidates will be allowed to sit in the CSIR NET test only when they carry the admit card along with them. 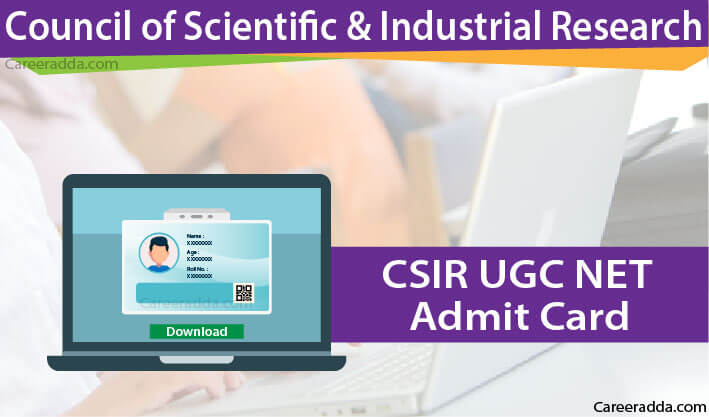 The examination is conducted as the first step for the selection of candidates for the Junior Research Fellowship and lectureship positions in UGC recognized universities in India.

The examination is planned to be held in 27 centres across India. Candidates can get to know the centre name and code from the information bulletin issued by CSIR at csirhrdg.res.in/

Candidates are provided with the option to choose any of the 27 centres from the drop-down menu when they fill up the application form for CSIR NET 2018 online. Even though the change in exam centre is not allowed, candidates are permitted to send a request in writing for a change in the centre before the 30th of October 2018 to the email ID: examunit@csirhrdg.res.in.

CSIR reserves the right to cancel any of the 27 centres if it is found that a sufficient number of candidates have not applied or even for administrative reasons. For candidates, who have applied for the cancelled centre, the concerned centre close to them will be allotted at the discretion of CSIR. For attending the test no candidates will receive any sort of TA/DA.

Things To Carry To The Exam Centre

The admit card will have details about the candidate; his/her roll number, name, photograph and signature. It will also have the details about the venue of the test. A candidate can find the following details in his/her CSIR UGC NET 2018 Admit Card. It is the responsibility of the candidate to check whether the details corresponding to the following sections in the admit card is correct to the best of his/her knowledge: