by Shashwat
in SSC

SSC CHSL 2021 Syllabus : SSC CHSL Exam Pattern 2021 consists of 3 Tier examination, Computer Based Exam (Tier I), Descriptive Test (Tier-II), and Skill Test/Typing Test (Tier III). Marks in Computer Based exam will be normalized if conducted in multiple shifts. Candidates must know the SSC CHSL exam pattern, syllabus, and selection process which will help in the preparation and familiarize with the question paper.

CHSL stands for Combined Higher Secondary Level (10+2) is a national level recruitment event being organized by the Staff Selection Commission for recruitment to the post of Court Clerk, LDC, DEO, and PA/SA in various Subordinate Offices/ Ministry/Department/Attached offices of Government of India.

To score well in the exam, prepare with the help of the SSC CHSL exam pattern and syllabus. Staff Selection Commission conducts the CHSL exam for the following posts.

SSC CHSL Tier I exam will be Computer Based Test and have 100 MCQs for 200 marks. Upon qualifying in Tier II, candidates will be shortlisted for Tier II.

The Tier-II exam will be a descriptive test and candidates need to write Essay/ Letter & Application type questions for 100 marks. Candidates need to secure a minimum of 33% marks to qualify in Tier-II. A combined score of Tier I and Tier II will be considered for shortlisting candidates for Tier III.

Tier III will be a skill test – a computer proficiency test/typing test based on the post which is qualifying in nature. 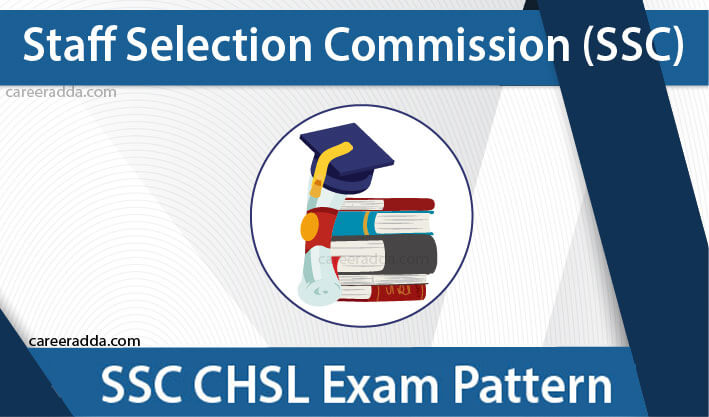 Candidates who have applied successfully for the CHSL exam will be called to appear in the Tier I examination.

The complete structure of the Tier I exam is shown in the below table. 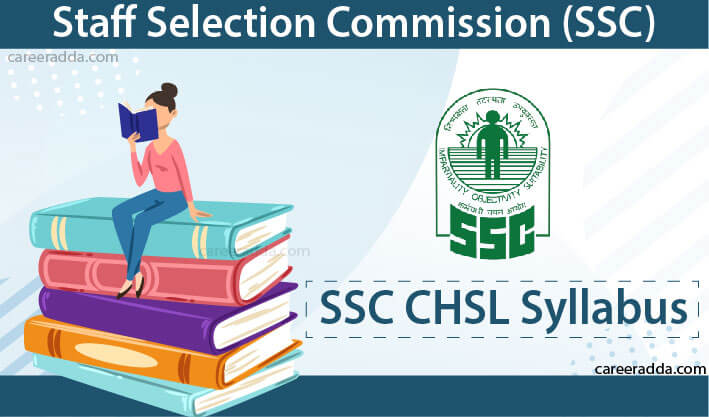 Candidates securing the cut off decided by SSC in the Tier I exam will be shortlisted for the CHSL Tier-II exam. It will be a descriptive paper of 100 marks. CHSL Tier-II exam will be held in ‘Pen and Paper Mode’. The main objective behind conducting this paper is to judge the writing skills of the candidates.

Test wise specifications are given below

Candidates who will score minimum cut off marks in Tier I & II exam will be called for a skill test. Prescribed data entry speed to qualify the test is 8,000 (eight thousand) Key Depressions per hour on Computer. It will be held at the Commission’s Regional Offices or other centers selected by the Commission.

Typing Test will be conducted in either English or in Hindi. The selection of language would be done by the candidate itself while filling up the application form.

SSC CHSL Syllabus is given below.

General Awareness – This will be the last section in the Tier I paper and have 25 MCQs on topics of General policy and scientific research, Indian culture, Geography, History, etc. This section will contain questions to test candidates’ knowledge on topics of everyday observation and experience.