by Shashwat
in Uttar Pradesh

Download UP NHM 2021 Admit Card/Hall Ticket : UP NHM Admit Card 2021 will be released before the examination on the official website @ upnrhm.gov.in/. Candidates can visit and download the admit card to appear in the exam. Candidates require Registration Number and Password to download the admit card. UP NHM Recruitment candidates who have applied and those planning to apply should know about the UP NHM Admit Card 2021. 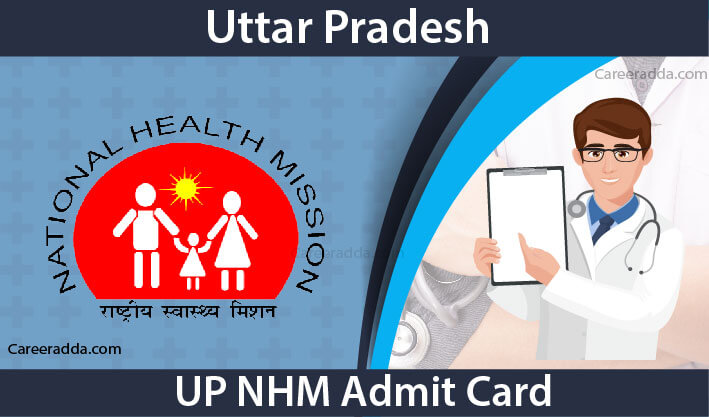 The NHM will release the admit card on the official website at upnrhm.gov.in/. Even, the applied candidates can download the admit card from upnhm.samshrm.com/.

The exact date of the admit card release has not been announced in the notification. However, as the general practice, candidates, who have applied for the recruitment, can check the official website 10 days before the examination date.

The notification reads the tentative date of the test as the 4th of November 2021. So, candidates can expect the admit card to be released around the 23rd or 24th of October 2021. They will find a link on the official website once the admit card is released and the same will be updated here.

Details On UP NHM Admit Card

The admit card will have the personal details of the candidate. Also, there will be details about the date, time and venue of the examination.  Candidates are recommended to be in the examination hall in advance. This will help them avoid the last-minute rush.

Documents Needed To Carry To The Examination Centre

Candidates should essentially carry their admit card. In addition, they will also have to carry a valid photo ID proof. They will not be permitted to carry any electronics like mobile phones, calculators, etc. So, candidates should avoid taking these things to the examination centre.

Candidates, who have applied for the UP NHM, will have to regularly check the official website. In general, the admit cards are released 10 days before the test. Regularly checking the website will help the candidates to download the admit card as soon as it is released.

Before the download, candidates should make sure that the details given in the admit card are correct to the best of their knowledge. They can get to know the latest updates by visiting the following link on the official website of the National Health Mission@ upnrhm.gov.in/.

Candidates are also recommended to remember that the lab technician, nurse, and OT Technicians for which this recruitment is conducted will be contractual positions. The contract is valid for one year. The employment might be extended based on the performance of the candidate during the contractual period.

As per the latest notification issued on the official website, it has been stated that the positions announced for the Shahjahanpur, Firozabad and Bahraich districts of the state of UP has been withdrawn. So, no positions and vacancies will be available in these three districts. The recruitment authority has also added 546 fresh vacancies and 14 new districts as compared to the notification issued on the 28th of September 2021 earlier.