State Bank of India is going to conduct an online examination for the SBI Apprentice in the state of Haryana, Punjab and Himachal Pradesh. The candidate should know that there are going to be multiple choice questions in which the candidate has to mark the most appropriate answer from the given options. There are going to be 4 sections each carrying 25 questions of 1 mark each which the candidate has to complete in 15 minutes per section. Following are the four sections:

SBI will release a merit list in descending order according to the aggregate marks secured by the candidate in the examination for each state and category. Eligible candidate will be called for the test of local language. Following is a tabular representation of the state wise test of language session information.

Following is the syllabus of SBI Apprentice examination. 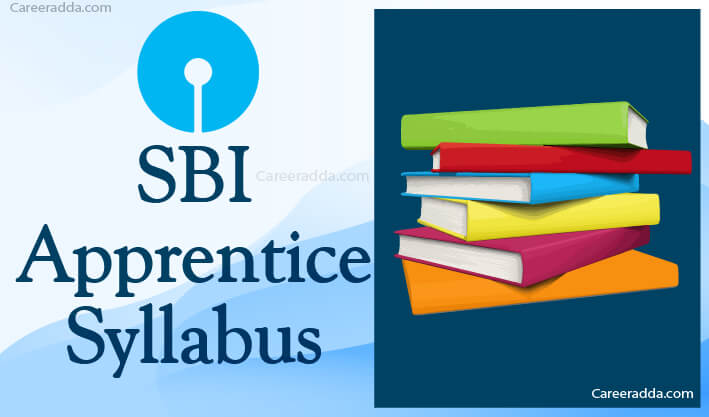 Following is the syllabus of General English section:

Following is the syllabus of Quantitative Aptitude section:

Following is the syllabus of Reasoning Ability and Computer Aptitude section:

SBI Apprentice online examination will be held in 3rd week of October 2020 (tentatively). The candidate is advised to prepare according to the prescribed date. The test of language will be conducted in the month of November 2020. SBI can alter the dates if required.

The selection will be primarily based on the marks secured by the candidate in the computer based examination. Those candidates who have secured the marks above the cut off marks established by SBI will be called for the Test of Language. Those candidates who have studies the selected local language in the 10th/12th standard are exempted to attend the Test of Language round. Final merit list will be based on the both the parameters mentioned.

Following is a tabular representation of the important dates with respect to SBI Apprentice.

Word To The Candidate

Q. Is There Negative Marking In The SBI Apprentice Examination?

A. Yes, there is a negative marking of 0.25 marks for every wrong answer.

Q. Will The Candidate Be Able To See The Whole Paper At Once?

A. No, the candidate cannot see the whole paper at once.

Q. Is There A Particular Order In Which The Question Will Appear In The Examination?

A. Yes, there is a particular order which will be followed during the examination but it will be according to SBI.

Q. Is There A Sectional Cut Off For The Examination?